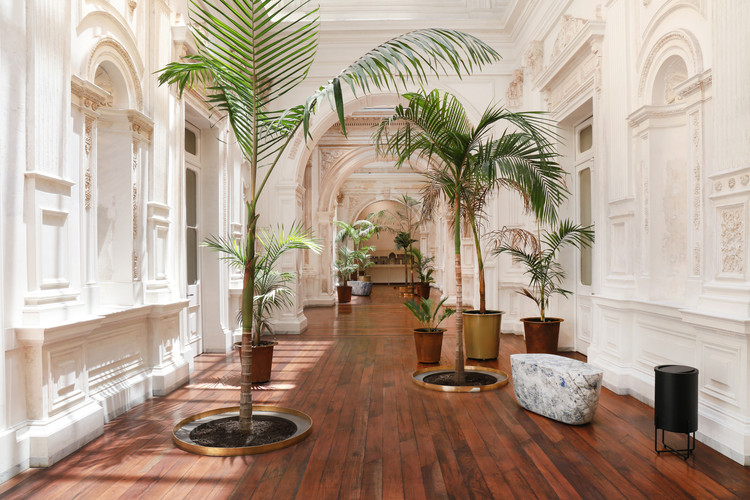 Text description provided by the architects. Palacio Pereira, a heritage building under the Ministry of Culture, Arts and Heritage, will be the headquarters for the operation of the commissions and services of the Constituent Convention, while the former National Congress will be the main headquarters where the body will function and the plenaries will be held. Palacio Pereira is currently in its final phase of habilitation after an emblematic 10-year recovery and restoration process, which represents a milestone in the field of management and protection of national heritage. The use for the commissions and services of the Constituent Convention will be temporary, so the original plans for this building are maintained, to house part of the teams and offices of the Ministry of Cultures, Arts and Heritage.

Likewise, the Pereira Palace will maintain its planned citizen use through a public billboard focused on the dissemination and promotion of cultural heritage, which includes exhibitions, visits, an auditorium and spaces for a café, a bookstore and a documentation centre. While the constituent process is carried out, the administration of the building will be shared by the General Secretariat of the Presidency and the Undersecretary of Cultural Heritage.

The first floor of Palacio Pereira includes a space open to the public with a program that includes exhibition spaces, the Documentation Center of the Council of National Monuments, a café, and a bookstore. In addition, on the -1 floor there is an auditorium. This space, dependent on the Ministry of Cultures, has the mission of promoting the tangible and intangible cultural heritage, folklore, traditional cultures and indigenous cultures and heritage of our country. Within the framework of the constituent process, some content has been refocused for 2021.

In a joint effort between the former Directorate of Libraries, Archives and Museums and the Presidency's Bicentennial Legacy team, in 2011 the Government of President Sebastián Piñera completed the purchase of this historical monument, avoiding its demolition and thus initiating the first step towards its recovery after thirty years of abandonment. Then, in an unprecedented event for national architecture, the State called an international competition for its recovery, choosing an avant-garde project in terms of architecture, heritage and restoration.

The project was awarded to the team of the architect Cecilia Puga, along with Paula Velasco and Alberto Moletto, and was executed and financed by the Ministry of Public Works, through its Architecture Department. The works began in July 2016 with a budget of more than $ 16 billion. The objective was to recover the existing building and at the same time create a new space that would coexist harmoniously with this construction and environment.

The building has a total area of 6,467.45 m2, which is divided between the existing building (old palace) with 1,792.38 m2 and the new extension equivalent to 4,675.07 m2. The construction has a seven-story reinforced concrete structure, including two basement floors. It has a contemporary, harmonious and innovative language, but is respectful of the historic building at the same time. There are elements of sustainable architecture, which organically contrasts with the neoclassical style of the palace, giving special relevance and value to the original building.

The restoration of the existing building involved reinforcement and structural repairs, the restoration of the facades and interior of the original building including the transept, renovation and restoration of the plaster, wooden elements, metal, and chromatic intonation of the historical cladding and the ornamental elements, using the technique originally used in the construction of the building. More than 200 workers took part in the project, including bricklayers, carpenters, plasterers, restorers, metal workers and other professionals and experts. After the completion of the execution of the civil works and delivery of these by the Ministry of Public Works Architecture Directorate, all the equipment necessary for the operation of the offices began to be incorporated and is currently in its final authorization phase.

Palacio Pereira was built in 1872 as a home for the family of Don Luis Pereira Cotapos, a public servant and businessman, deputy and senator for the province of Talca and Chancellor in 1891. Its architect Lucien Ambroise Henault was hired by the Government of the time to draw up the plans for the current Central House of the University of Chile, the Municipal Theater, the former National Congress, among others. The Pereira Palace constitutes a document of the architectural expression of that time. It is a neoclassical building, with elements of the 17th century French Renaissance, which reflects the eclecticism prevailing at that time.

After the death of its owners in the 30s, it passed through various hands that introduced interventions in the building. First to the Archdiocese of Santiago, later, in the 60s, it was sold to Inmobiliaria San Luis and used as a commercial gallery for a short period before being leased by the Ministry of Education to house the Lyceum No. 3 for girls, which functioned there until about 1970. Later the Revolutionary Students Front, linked to the MIR (Revolutionary Left Movement), occupied the old mansion, being evicted after the Military Coup. In 1981 the Palace was acquired by Mr Raúl del Río Alfaro. On December 30, 2011, during the first administration of President Sebastián Pi?era, the Government completed the purchase of Palacio Pereira. The Property is protected under the National Monuments Law in the category of Historical Monuments (1984). 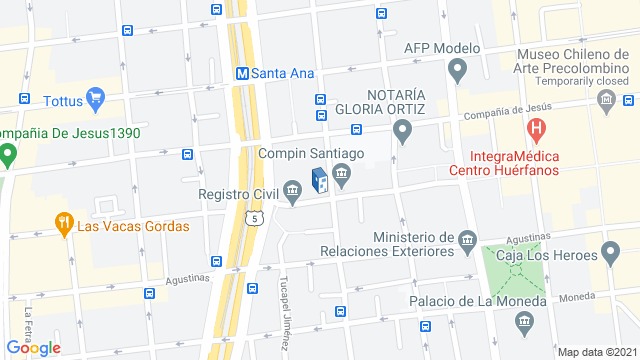